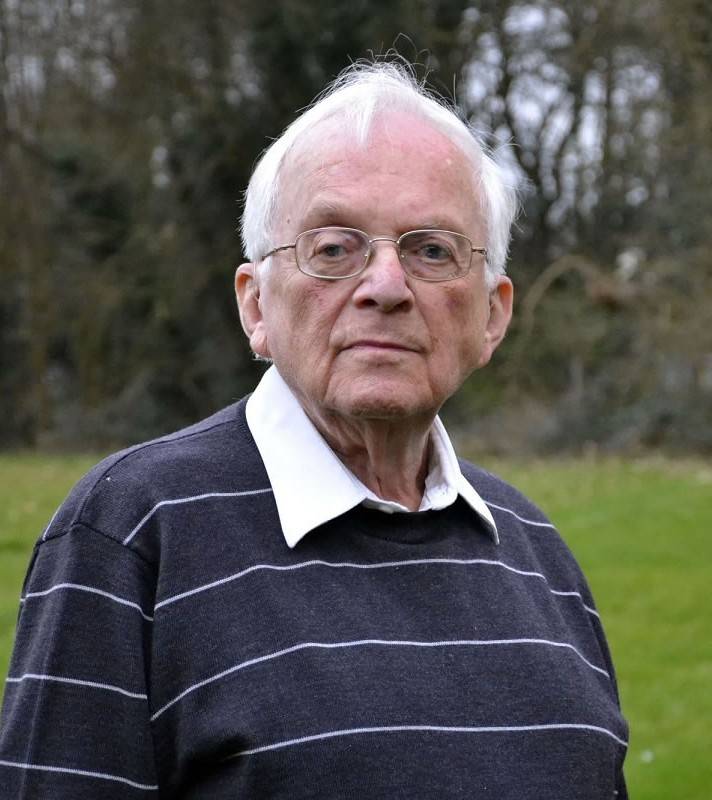 With the Nazi takeover in 1938, the circumstances of Vienna’s Jews deteriorated rapidly. Freddie saw Jews beaten and made to scrub the streets with toothbrushes. Some of his former friends became Nazi supporters. On Kristallnacht (9 November 1938), the local synagogue was burnt down and one of the Knollers’s Jewish neighbours was killed. Freddie’s parents agreed that their children should leave Austria. Freddie decided to join his cousins in Belgium, and both his brothers managed to reach America. But their parents were unable to leave Austria, and both were later murdered in Auschwitz.

After he had illegally crossed the Belgian border, ‘separation, hiding, moving, hunger, exhaustion, official questioning’ filled Freddie’s life for the next five years. In 1939 he stayed at several refugee camps, receiving support from Jewish Aid Committees. He was briefly reunited with his cousins and played in camp orchestras with the cello that his parents had sent him. But panic followed the German invasion of Belgium in May 1940, and Freddie joined the mass of refugees heading for France. He was forced to leave his cello behind, losing ‘the part of me which had tied me to my life in Vienna, and to my parents’.

When he entered France, holding a German passport, Freddie was placed in St Cyprien internment camp as an Enemy Alien and forced to live in appalling conditions. Freddie escaped from the camp in June 1940, meeting his cousins again in Gaillac before making his way to Paris in late 1940.

There, given temporary shelter by a Parisian Jewish family, Freddie posed as a Frenchman from Alsace to become a ‘guide’ to German soldiers visiting the red-light district. In May 1942 he witnessed the round-up and deportation of the French Jews and was shocked by the collaboration and antisemitism of the French police. In July 1943 Freddie was taken in for questioning by the Gestapo and although he was released, he decided to leave Paris.

Freddie travelled to Figeac in south-west France in July 1943 to fight with the resistance, helping to blow up a German troop train before being arrested by the Vichy police in September. Rather than denounce his comrades, Freddie confessed that he was a Jew and was handed over to the Gestapo.

Freddie was taken to the Drancy transit camp and in October 1943 his name appeared on a list of those to be deported to work in the East. He was packed into a crowded cattle-wagon with little water or fresh air. ‘We were actually made into sub-humans’, constantly beaten and humiliated by the SS.

He arrived at Auschwitz, where he spent most of 1944. Freddie was selected as one of those fit to work, which meant that he was not gassed immediately on arrival. A number was tattooed on his arm: ‘157103 is your name’ the guards told him. His work consisted of carrying sacks of cement all day. On one occasion Freddie strayed into a forbidden part of the camp, and was beaten with an iron rod as punishment. He attributes his survival to the extra rations he managed to obtain, and to his eternal optimism.

In December 1944, with the Red Army approaching Auschwitz, Freddie was forced to march to the slave labour camp near Nordhausen known as Dora. He swapped his Jewish badge for that of a French political prisoner who had died, which helped him to survive. Early in 1945, Dora was abandoned to the advancing American forces and its workers transferred to Bergen-Belsen. In the chaotic final weeks of war, all systems broke down. Disease and starvation gripped the camp, with inmates dying everywhere. The Americans liberated the camp in April 1945.

Freddie was reunited with his brothers after the war. Between 1947 and 1952 he lived in the USA, where he met his British-born wife. Together, they settled in London. In 2000 his story was published under the title ‘Desperate Journey: Vienna, Paris, Auschwitz’.