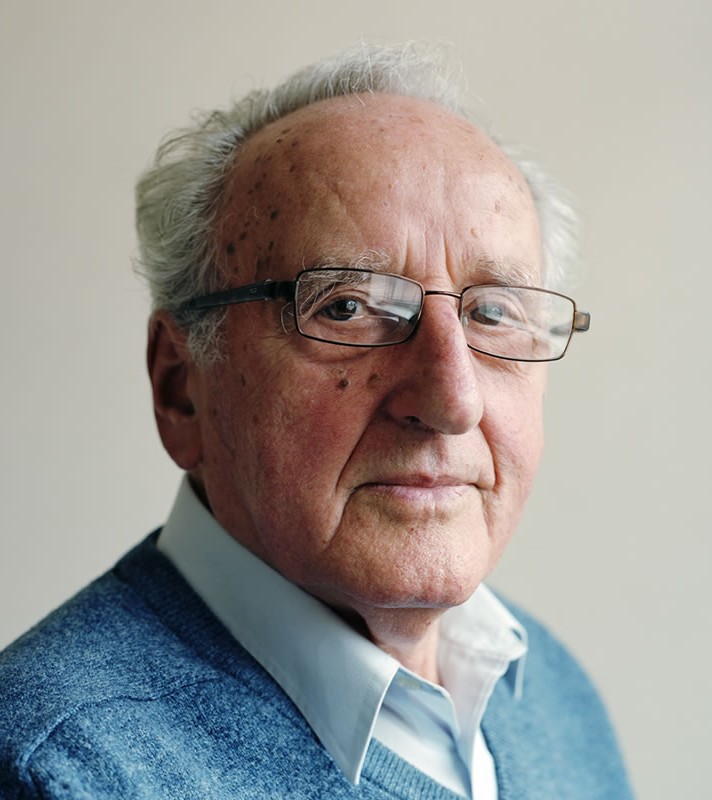 Rather than enjoying the Jewish coming of age ritual celebration, Ivor was staring through the fence surrounding Allach, the camp he was in and where he was put to work for months with only threadbare prison clothes protecting him from the cold bite of the bitter weather and one slice of bread every day for sustenance.

“The camp was in the middle of the forest, and a fence ran through the trees. I was praying to God “help me, if you let me get out of this place, I shall not ask anything else of you in my life”, the 81-year-old Holocaust survivor recalls of his desperation in those times.

However, his liberation did not come quickly; American soldiers were yet to sweep through Germany and were still yet to discover the horrifying truth of the Nazi camps which held Ivor and million others like him.

So he weathered through the bitter winter months in desperation, cold and a typhus infection. Those times were doubly hard for the Holocaust survivor – he was only 13 years old but he pretended to be older to avoid being killed and by doing so, he had to keep up with his act by doing the work intended for adults.

A Hungarian, he was taken from his country along with other Hungarian Jews when Nazi forces occupied his country as a punishment for trying to side with the Allies. He, along with his mother and eight siblings were first sent to Auschwitz – where the women and children were separated from the men and killed. Ivor, who was no more than a boy that time, was spared when his mother ordered him to join the adults. Unfortunately, his saviour and seven of his siblings were killed.

“Of course at the start, I ran over to my mother’s side, with the children and the women,” he recalled. I told her: I want to come with you, mum. She said: No, don’t come here.”

He pleaded but had to give in to his mother’s orders and joined his brother on the other line. He was almost sent back by the ill-famed doctor of Auschwitz camp, Dr. Josef Mengele.

“I could see a German officer with white gloves who we heard later on was Dr Mengele. He was pointing left and right. As he came to me, he suddenly stopped and said “how old are you?” Luckily I was big for my age and passed for 16, the age I was told to tell the guards”, he said.

“I’ve often, even now after all these years, I can remember his eyes as he was thinking to himself which side he should put me to. He must have thought that if I’m lying I won’t be strong enough so it doesn’t matter'”

Ivor, with his older brother, was later transferred to Allch in the winter months and endured his bitterest times there. It was there where the Holocaust survivor’s strength was tested to the extreme. The camp’s average meal consisted of a slice of bread, a cup of hot water and once in a while, a dab of margarine. The prisoners had their signature black and white striped clothing and a thin overcoat made of cotton to give them bare protection from the cold as they worked.

Ivor was made to work in gruelling jobs, like digging underground bases for military equipment using only the most rudimentary tools, along with hundreds of other Allach camp residents.

The camp’s order was kept with a mixture of force and fear – guards, upon realising that some prisoners hid in caves to get off from work, would throw grenades after them like it was nothing.

Every morning, there was the dreaded prisoner registry where everyone was faced with the dilemma of which group of labourers to choose. Some were given easy tasks while there were also the most difficult tasks that could drive weak prisoners to their deaths.

A day came when Ivor made a different choice from his brother and while the latter worked in a farm and was able to enjoy decent meals, he grew so undernourished and became very ill that his older brother was not able to recognise him when they next saw each other.

His illness, a typhus infection, worsened and he was finally referred to the concentration camp hospital.

“The hospital block was laughable. Twice a day – in the morning a camp doctor would come along, you would uncover yourself, he’d see how much flesh you had on you, whether you were able to work,” he recollected.