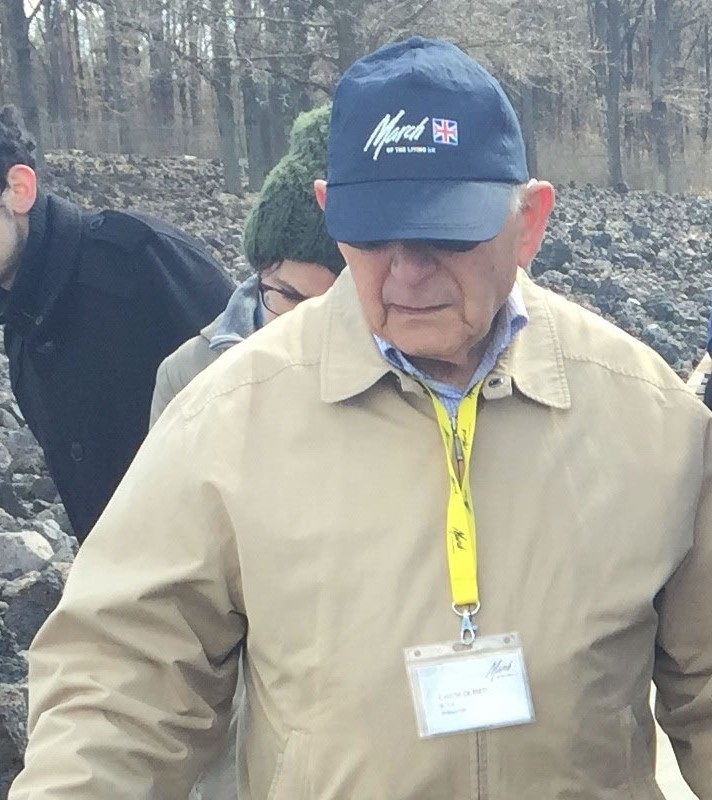 I was born in Sosnowiec which is near the German border in South West Poland on 15 November 1927. I was one of six siblings – 4 sisters and 1 brother.

In the Spring of 1940 I moved with my family to a very small village called Mierchow Charsznica where my Grandmother lived as our life in Sosnowiec had become very difficult with the German occupation. Between 1940-1942, we had to work for the Germans including street cleaning, repairing roads and working in German homes. The work was very hard but at least we could get home at night.

In 1942, all the Jews were expelled from their homes and we were forced to gather at a field next to a railway track at a nearby village where 2000 Jews were held for 4 days. At the end of the 4th day there was a selection and all the females, children and older men were forced on to cattle trucks and taken away. After the train left another train arrived and the remaining young fit men and boys were sent to Plasnow concentration camp near Krakow where I remained for a year.

In 1943 I was sent to a munitions factory in a town called Skarzysko-Kammienne where I was filling shells with explosives and manufacturing land mines filling them with picrene. This place can only be described as “hell on earth”. In 1944 I was sent to Buchenwald where I remained for just 2 weeks and then sent to another munitions factory in Schlieben where I remained until April 1945. I was then evacuated to Therezenstadt concentration camp where I was liberated by the Russian Army on 8 May 1945. At this point I was very ill and was kept in a hospital until the end of June.

On 14 July 1945, 300 mainly boys and a few girls were allowed to come to England. We were sent to a camp in Windemere where we were able to recuperate. In September, 27 of us were sent to a hostel in Scotland where I remained until June 1946 when I went to Glasgow where I worked as a dental technician and studied at evening classes.

In 1948 I was accepted at Glasgow University to study Dentistry and qualified in 1953. In 1954 I was conscripted into the British army for National Service and sent to Germany to run an Army Dental centre. I married in 1954 and settled in Potters Bar where I remained a dentist until I retired in December 2013. I have 4 children and 8 grandchildren.