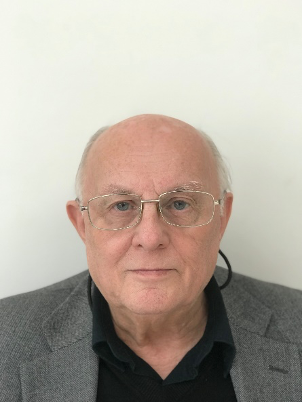 I was born on 29 October 1942 to Solle and Mania Garfinkle in the Przemysl Ghetto some 200 miles east of Krakow. At 8 months of age, together with my parents and 4-year-old sister Leonia, we were sent to the Montelupich Gestapo headquarters in Krakow.  From there we were transported to Bergen-Belsen Concentration Camp, arriving on 6 July 1943, the day the camp became an Aufenthaltslager (holding camp). We arrived in Belsen in a group of 2000 but within 6 weeks we were down to 300.

The camp housed several thousand Jewish prisoners in four sub camps under the pretext that we would be exchanged for German nationals held by the Western Allies, or for hard currency. We were classed as ‘exchange Jews’ and put in the Sternlager (Star Camp) where were allowed to wear our own clothes but with a yellow star. We had to stand at roll call twice a day, often for hours. Mothers were allowed to look after their children and I imagine my mother struggling to hold me for long periods. My father was given the official task of cutting the hair of the children – Children’s camp hairdresser (Lager Friseur).

Ariella Lowenthal Mayer a 7-year-old, now living in Toronto, accompanied us on our journey to Belsen. She tells of how my father entered her barracks and secretly dropped a piece of bread onto her bunk at the risk of being executed on the spot. A gesture of kindness she never forgot. My parents, having had a hard childhood due to poverty, were able to withstand the hardship. When the Dutch Jewish prisoners arrived, they soon died and in great numbers – they were not used to hardship.

The camp was still organised like a concentration camp. It was surrounded by barbed wire and watchtowers.  We lived in crude, dark and crowded male and female huts. The prisoners had no rights at all and were at the mercy of the SS guards. Many adult prisoners were subjected to slave labour on work detail.  In order to dispose of dead bodies, a crematorium had been built at the camp. Prisoners died of starvation, exhaustion and disease.

My father became an important aide to the Jewish Camp administrator Jacque Albala and he used his linguistic skills to buy costume jewellery from the French women to make up jewellery for the infamous Irma Griese senior women’s guard. She was deceived into thinking she was being given valuable jewellery and it made her less murderous.

The winter of 1944-1945 was harsh, food became extremely scarce and there was no longer enough water for bathing, washing clothes or even drinking. The camp deteriorated to the hellish conditions witnessed by the British when they arrived.

On 7 April 1945, eight days before liberation by the British army, all prisoners were put in three trains heading towards the gas chambers in Terezin Concentration Camp.  The Americans liberated the first train before it reached the camp.  The second train reached its destination.

I, together with approximately 2,500 remaining members of the Sternlager, were aboard the third train, and this train became known to historians as the ‘Lost Transport’, or ‘The Lost Train’.

Later it was discovered we had gone farther and farther east, searching for rail corridors south to Prague and Terezin that had not been bombed out or occupied by Allied forces. Even after the liberation of Bergen-Belsen on 15 April, the train remained firmly in Nazi hands, although the war had ended in the rest of Europe, the train, with its SS command continued to travel eastward.

With raging typhus, hunger, thirst and the mounting death toll, the conditions on board were beyond description. As we travelled around Germany trying to find a bridge to cross to the east, were frequently strafed by the Allied aircraft. After two weeks we found ourselves being bombarded by artillery. My sister Leonia recalls seeing the SS guards running away and telling my father. He rushed out to see Russian Cavalry, Marshall Zuckovs Kossacks approaching us. My father who had been in the Russian Army rushed towards them calling out in Russian. He explained who we were and the train’s Jewish prisoners. They gave him a Russian Army uniform a rifle and a vodka.

Thus, on 23 April 1945, the train reached its final destination in a forest deep in eastern Germany, a mile and a quarter outside the village of Trobitz. By the time all the dead had been buried, fewer than 2,000 survivors remained

The Russians had commandeered the village of Troibitz and made the villagers nurse the Jewish prisoners. They had no medicines but used alcohol as an anaesthetic and antibiotic. 20% still died. The Russians assured us that most of the German population in the surrounding area had fled and that many of the abandoned farmhouses contained food, clothing and bedding that was there for the taking.

On our return to Przemysl our lives were threatened by the Army of Cryjova, Polish Nationalists and we fled to France. After obtaining British passports, we came to in England and lived in the Jewish East End in Old Montague Street. We were virtually unique in being an entire nuclear family of Polish survivors. We became the first port of call for newly arrived Polish survivors. I was thus brought up in a community of Holocaust survivors.

The effects of my traumatic childhood were prolonged and delayed my progress in education. I eventually decided I wished to devote my life to the healing of suffering by becoming a doctor. Ten years of effort and determination saw me gain entry to Medical School.

When I decided to address my Holocaust childhood, I founded the ‘Child Survivor Group of Great Britain’. I co-founded the Survivor Centre in Hendon London and became a Group Analyst in order to learn how to heal psychological wounds.

I have written and published extensively and am completing my own book on Holocaust experiences and the psychological functioning of trauma survivors. I still work as a General Practitioner.