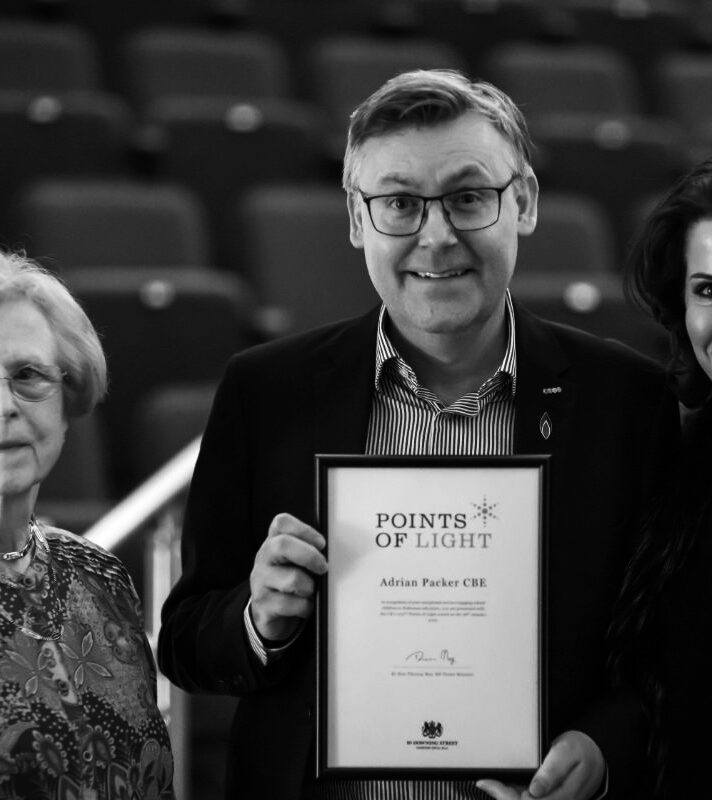 Agnes was born in the large Hungarian city of Debrecen in October 1932 to a Jewish-Socialist family. When she was two, a right-wing government came to power, and her Socialist father lost his job. Seeking employment, her parents moved to Budapest, leaving their little daughter behind with her grandmother. The men of the family were professionals, deprived of employment by the country’s anti-Jewish laws, so Agnes’ mother became the sole breadwinner for the extended family. Aged 4 years, Agnes joined her parents in Budapest, and she later started school on the ominous day of 1st September 1939. When war broke out, the men of the family were conscripted into the Hungarian army as forced labourers. Almost all of them were lost. The German army occupied Hungary in the spring of 1944. The women and children in the family returned to Debrecen and lived with Agnes’ grandmother – 7 people in a tiny flat of two rooms. Within weeks, their home became part of Debrecen’s ghetto. Jews from the surrounding area moved into to the already overcrowded ghetto. Soon there were 13 in the small apartment, two of whom were killed by gendarmes, so Agnes’ ghetto family were reduced to 11: five adults, three grannies, two toddlers and Agnes herself, aged 11. In 56 days, between May and July 1944, Hungary’s provinces were ‘Judenrein’. 437,000 Jews were deported to Auschwitz, most of them murdered. Agnes and family were among 86 people travelling in a cattle wagon for 4 days and 5 nights without food, water or sanitation. After crossing the border Auschwitz-bound, their train was diverted to Strasshof, so they were among the small minority of 15,000 ‘Exchange Jews’, dispersed to work as slave labourers in Austrian farms and factories. Agnes’ family were taken to Magdalenenhof, a large state-owned farm. The labour was gruelling, conditions were appalling and only those who worked received any food. Agnes lied about her age, claiming to be 14, so she could be among the workers, providing an extra ration of food for her starving family; six rations were shared among 11 people.

At the end of November, snow fell, and farm work stopped. Agnes and family were forced to walk 15 km to the southern part of Vienna. Ostmarkwerke, their next camp, was the last working armaments factory of the German army, manufacturing anti-aircraft guns for the Luftwaffe. The factory was a prime target of Allied bombing and within months, the factory was destroyed. The only building left standing was the one housing 300 Jews. Once the factory was no more, Agnes and other Jews were put to work clearing bomb damage in Vienna, but bombing of the city continued relentlessly, and soon it was clear that the exhausted Jews could accomplish very little.

Once back at the transit camp of Strasshof, daily trainloads of Jewish prisoners were sent to Theresienstadt concentration camp and ‘death-marched’ from there. Few survived and half the camp was ‘cleared’ in this way. Agnes and her family were on a train about to depart when an Allied bombing raid destroyed the railway line so they walked back to the camp for shelter. The Germans fled and people were dying of hunger, but soon thereafter, the Soviet army arrived. The Russians were kind to the children by day, but relentlessly abused the women at night.

Hoping to unite with the men of the family and re-gain their home, Agnes and her skeletal family embarked on the walk back to Hungary through war-torn Austria, Slovakia and Hungary. The journey took almost a month. On their return, they found that their home confiscated, and the locals were extremely hostile to Jews. All but one of the men in their family had survived the war. Hungary then found itself under a repressively tyrannical Stalinist regime.

Agnes returned to school, eventually graduated with top Honours in Electrical/ Electronic Engineering from the prestigious Technical University of Budapest, and at 19, married her engineer husband John. The 1956 Uprising against Communist rule offered Agnes and John the opportunity to escape to the UK, where both worked in research and development laboratories of the Telecommunication and Computer industry. Agnes gained her PhD in Computer Aided Design, and worked as lecturer, researcher and consultant in academic institutions and in the Telecommunication and Computer industries in Britain and several countries abroad. Agnes’ daughters Esther and Anna were born in Britain and she has five grandchildren. Esther died young and her husband died in 2012. She is a Fellow of the Royal Academy of Engineering and author of several books and many publications. Now retired, she and her family live in London.