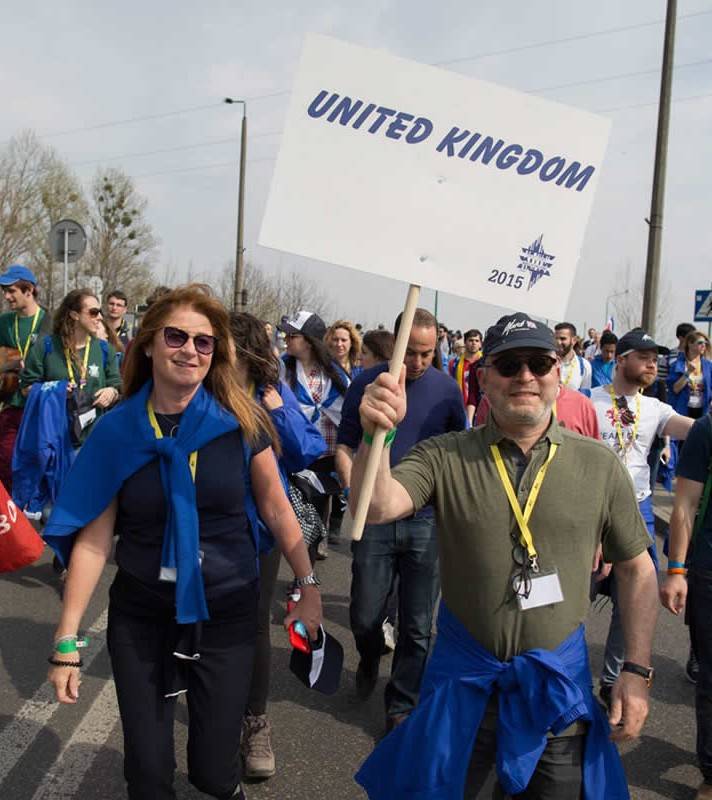 Addressing this question elicited a different response each time it was asked. Depressing? Horrifying? Shocking? After visiting Majdanek, Belzec, Auschwitz-Birkenau and the ghettos of Krakow and Warsaw whose communities were brutally destroyed there, no answer I provided could ever truly explain the overwhelming experience of March of the Living.

I embarked on the trip knowing only a handful of people but that did not hamper the incredible journey upon which I had set forth. My knowledge of the Holocaust was not particularly enlightening as I did not have the opportunity to go to Poland as a sixth former. I do, however, have a deep personal connection; my grandfather being a survivor which compelled me to experience March of the Living.

Nothing could have prepared me for what I saw and felt in Majdanek concentration camp on our first full day. How do you describe the despair of seeing 400,000 pairs of shoes belonging to people who never received the chance to walk free again? Or the feelings of walking into a gas chamber only to walk out again unlike millions of others? Engrained in my mind as I write this is the image of the colossal mound of the ashes of the countless victims who perished there. I was numb.

By Friday night, after having visited Majdanek and Belzec as well as the mass graves at Josefow, I was in desperate need of an injection of hope; I wasn’t disappointed. The dancing during the Shabbat service, the singing at dinner, the l’chaims afterwards and the general sense of achdut – unity – amongst our group was uplifting. I realised then that it was completely irrelevant to me, an Orthodox Jew, whether I was dancing with someone who is Reform, praying alongside those who are Masorti or celebrating Shabbat with others who had never experienced it in their life.

After all, aren’t we all one people?

Two days later, we marched from Auschwitz to Birkenau together with 13,000 others from all across the globe and all walks of life. Words do no justice to the magnificent, harmonious, and endless sea of people waving Israeli flags, walking arm in arm, shoulder to shoulder, united. I have gained a greater sense of tolerance and respect for all of those around me, regardless of their beliefs.

Never have I felt a greater sense of am yisrael chai: the people of Israel live.