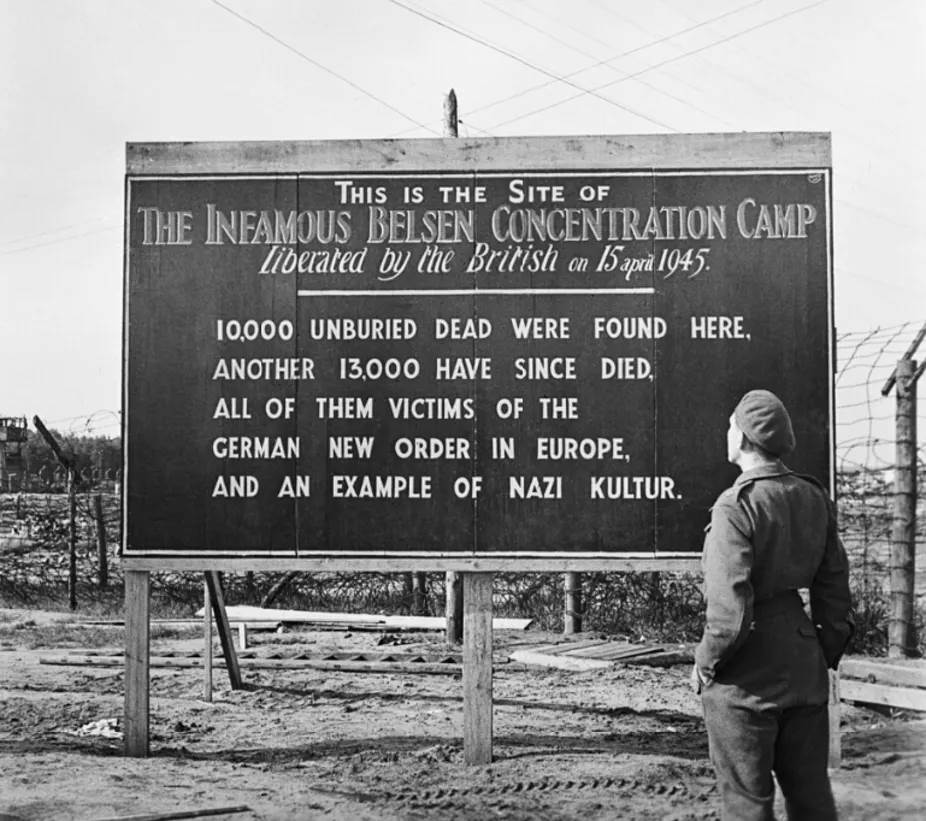 Approximately 50,000 people died in the Bergen – Belsen complex, including both Anne Frank and her sister Margot.

Bergen – Belsen was established by the German military in 1940 and until 1943 was a POW (Prisoner of War) camp. In April 1943 the SS converted a part of the camp into a civilian residence and then a concentration camp. There were three main components to the camp, the POW camp, the ‘residence’ camp which also composed of four subcamps: the special camp, the neutrals camp, the star camp, and the Hungarian camp. The third was the ‘prisoners camp’ which also had subcamps including a large women’s camp.

Throughout its existence, the Bergen – Belsen complex held Jews, political prisoners, Roma Gypsies, “asocials, criminals, Jehovah’s Witnesses and homosexuals. By late 1944, Belsen became a ‘collection’ camp for thousands of Jewish prisoners, many of whom arrived on foot from the Polish camps in the east.

On April 15th 1945, the British Army liberated over 60,000 prisoners from the camp, many who were seriously ill, deprived of food, sanitary conditions or any form of medicine. More than 15,000 died after liberation.

Bergen – Belsen is today a museum, located between Hannover and Hamburg in the Western part of Germany.