Why We March Film Premier – Manchester 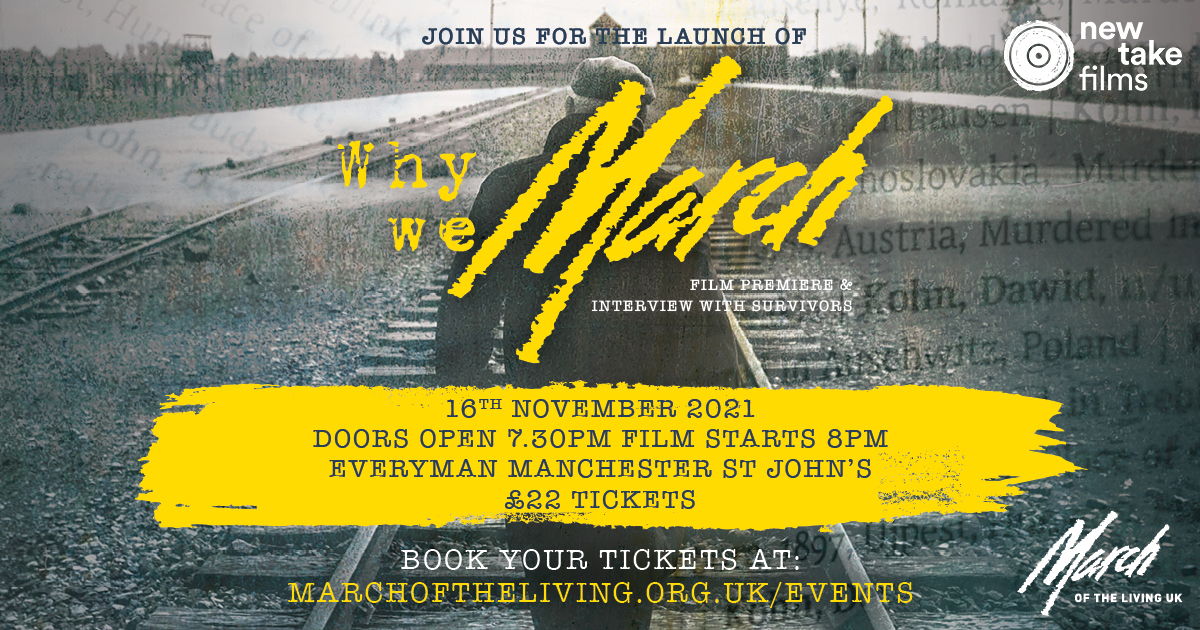 Please join us for our international premier of Why We March – filmed on March of the Living 2019. Filmed and produced by new take films.

The film follows Holocaust Survivors on their return to Poland, including Survivors giving their testimonies in the places where the atrocities happened. The film explores why they return every year on March of the Living and what it means to them.

After the film there will also be a Q&A session with some of the Survivors in the film. This is set to be a very special evening.