Young Britons come face to face with the Holocaust 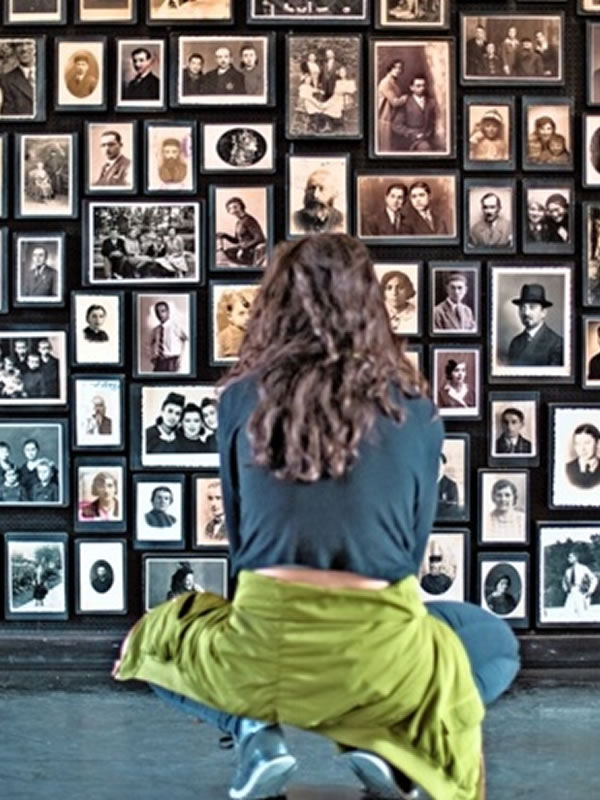 “No one can properly understand why the Shoah [the Holocaust] took place. No one has the right to rationalise it . . . God only knows why it happened,” says Britain’s Chief Rabbi, Ephraim Mirvis, who was in Crakow, along with 250 young British people, for the annual March of the Living. This event, which attracted 11,500 people from all over the world, traces the steps of the death marches out of Auschwitz to the desolate wastes of Birkenau, three-and- a-half kilometres away.

As this year marks the 70th anniversary of the liberation of the death camps, the young participants spent a week in a series of onsite discussions, in camps and ghettos in Warsaw and Crakow. Six survivors shared their stories and answered searching questions.

Chaim Olmer, 88, recalled an occasion in the Plaszow concentration camp near Crakow when permission was sought — and obtained — from the SS for the Jewish prisoners to hold an evening service marking the eve of the Day of Atonement, arguably the holiest day in the Jewish calendar. For the rest of the time, he noted,“we didn’t think about God. We only did that after the war. We just concentrated on getting through each day, one day at a time.”

Ziggy Shipper, a spry 85-year-old, remembers his grandfather refusing to eat what little non-kosher food there was in the Lodz ghetto. “My grandfather wouldn’t eat . . . and so he died.”

Scott Saunders, founder of the British branch of the March of the Living, noted that only covert religious observation took place inside the concentration camps. “It was punishable by death if people were found out,” he said. Nevertheless, it is known that some Jews were able to create makeshift Passover prayer books, discovered after liberation, and certain prayers and festivals were observed from memory. A survivor’s testimony to Yad Vashem, the Holocaust Remembrance Authority in Jerusalem, records that some women prisoners ensured that everyone knew when the Sabbath was. Inside the ghettos it was slightly easier to maintain religious life.

One of Shipper’s most distressing memories, he said, was when his ghetto was liquidated and the Jews were moved out to concentration camps on cattle trucks. There was no room to move. “How can a 14-year-old boy wish that people would die so that he could sit down?”

At the Auschwitz museum the students walked past mountains of human hair, piles of abandoned shoes, and — most heartbreaking of all — the children’s suitcases, brought to the camps in the belief that they were going to a better life.

Mirvis told the British group: “There is no ‘why’ here. Perhaps the question should not be, where was God in Auschwitz, but where was humanity? We can’t start to try to understand, but a lot depends on the questions we ask.” The chief rabbi believed that the week in Poland offered an opportunity for young Jews to become better members of their community and better citizens. “Don’t just treat this as another trip,” he pleaded. “Go home and do something.”

Rabbi Gideon Sylvester sat with young Jews to ponder the question of God and the Holocaust. Members of the group wondered if in fact the Holocaust, and the subsequent establishment of the state of Israel, might be part of a divine masterplan. Rabbi Sylvester noted: “There is a difference between what is up to us, and what is up to Heaven. The one thing we do know is how to respond to what happens to us — and how we can make that into something positive.”

“The more I hear about the Holocaust,” said one of the British participants, “the less I understand. And I want to scream.” But, she added, she still wanted to know more.

Nevertheless, Rabbi Lau said, there was a lesson to be learnt from the Nazi desire to exterminate not just Jews, but Judaism. “Theirs was not just a physical war but a spiritual one as well. They killed us, because we are all the same nation, observant or secular. They understood that we are all one. And if we could die together, we must know the secret of living together.”