‘Sikh’ means ‘to learn’, and that’s what I did on the March of the Living 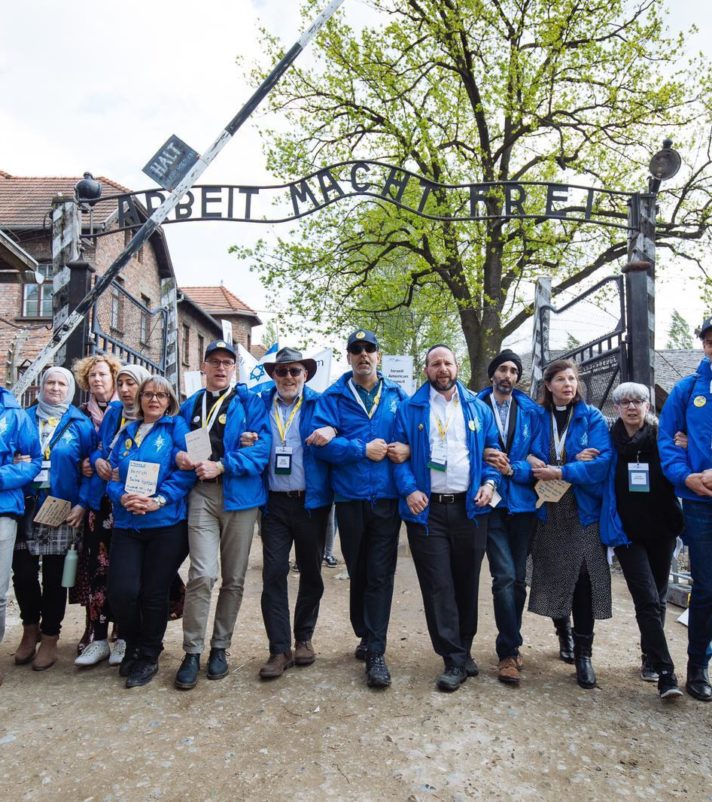 Jasvir Singh explains what went through his mind as he took part in the memorial walk to Auschwitz.

What does it mean to suffer and survive when virtually everyone around you has been killed? Would it weaken your faith or strengthen it? Would you risk your own life to save others? Those were just some of the questions I found myself asking during Yom Hashoah when I was part of the very first interfaith delegation with March of the Living UK.

As probably the only Sikh on the entire March, I was privileged to be on the ‘Holy Bus’ accompanied by learned rabbis and priests, as well as other leading figures from the British Jewish, Christian, Muslim and Hindu communities.

The word ‘Sikh’ literally means ‘to learn’, and that is precisely what I did during the trip. Learn about the rich Jewish history and heritage in Poland for the last 1,000 years, learn about the ghettos in Warsaw and Krakow, learn about the families who lost loved ones in the most awful and tragic of circumstances, and learn from those of other faiths about how they would process the events of 1940s Europe.

The number of people ruthlessly killed during the Holocaust is unfathomable, and the only way to understand it is through contextualising the numbers. Imagine three out of every four people currently living in London being killed in the space of just four years. Six million people murdered in cold blood. Think of how many of your friends that would be, your colleagues, your loved ones. People you would never see again. That was the number of Jews exterminated by the Nazis in the Shoah.

Hearing the testimonies of survivors helped to bring home the horrific enormity of what Hitler had set out to achieve, as well as give a human face to the suffering. Arek Hersch and his wife Jean joined us on the Holy Bus, and listening to Arek’s account was heartbreaking. His was a life of such utter desolation during the Second World War, and yet his desire to make sure people never forget the horrors almost 80 years ago was truly inspiring.

For me personally, the most moving part of the March was when the interfaith delegation linked arms and walked through the infamous gates of Auschwitz whilst singing words of hope. It epitomised the March as a celebration of life and existence whilst remaining true to the memory of one of the most horrific acts in history. It was about the subversion of suffering and rejoicing that Jews still exist.

Jasvir Singh OBE is Chair of City Sikhs, Co-Chair of Faiths Forum for London. He joined the largest ever British delegation to March of the Living with nearly 300 participants across nine buses. The group were privileged to be joined by eight survivors. This was the first year it included a group of senior British faith leaders